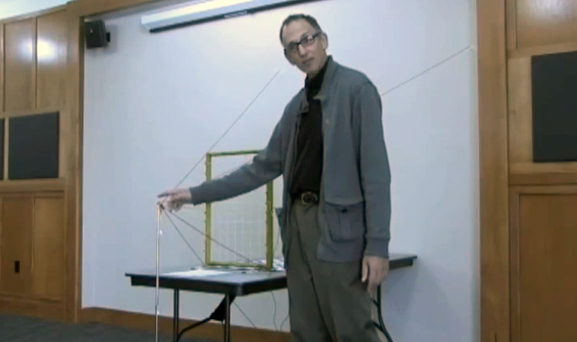 Philosophy is the quintessential “seminar” discipline: the universally acknowledged example of Socrates in the marketplace (while itself controversial as a model for philosophical dialogue) already suggests the importance of discussion in the philosophy classroom. Certainly I would concur: philosophy happens at those moments when students take the classroom as their own and when something happens in discussion that potentially transforms participants. Furthermore, in the matters of most concern to philosophers no one, least of all myself, is really an expert. Acknowledging that fact is the beginning of the egalitarian classroom, the classroom in which anyone and everyone willing to reflect seriously is an equal partner.

My goal in teaching would be to reach that classroom.

However, over time I’ve become convinced that there are unavoidable preconditions for achieving that egalitarian classroom, preconditions that students rightly demand be met before taking the chance of participation. They demand to understand something of where the philosophers whose ideas we study are coming from, something of the historical background and context for thought in particular cases. And they also demand an understanding of how philosophical questioning has been part of a broader network of literary, scientific, artistic and theological interaction. Finally, in this day when, for a digital, information driven world, just sitting down with a text is increasingly difficult, they also need some kind of training in how to interact with philosophical texts.

My interest in digital resources as supplement to philosophical discussion comes from my acknowledgement of those needs. If — such has been my thought — there are now tools available that can make the presentation of background information, the interdisciplinary operation of philosophy and the training we offer in hermeneutics better, while opening up more time for classroom dialogue, we owe it to our students to explore them.

Notice that the image most readily available to people when they think about “online education” – some kind of digital “discussion thread” or even, more expensively, a “teleconference” – is excluded from the beginning. Since, in philosophy, we start from a prejudice for face-to-face (and hopefully multi-person) interaction, we don’t have to accept what amount to a cheapened forum for doing philosophy. Quite the contrary, we can gauge the success of various digital tools by how they help or hinder the basic task of the philosophy classroom.

My experiments in using digital tools begin from this credo, using the limitations it imposes as a way of finding new approaches. And there really are exciting new possibilities! Such has been my ongoing discovery!

Find out how Tom uses Prezis in teaching.