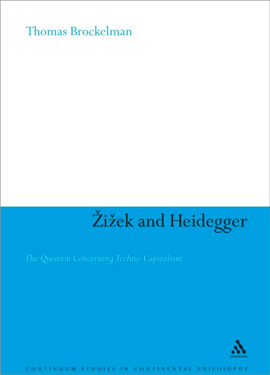 Since my first reading of the history of philosophy as an undergraduate, I have been fascinated by the turn to consciousness, or what philosophers call the “subjective turn”, that defines “modern philosophy.” Because, from Descartes on, this interest in “the looker looking” was associated with a project that clearly failed, namely, to provide foundational certainty, much of 20th-Century continental philosophy rejected the subjective turn altogether. Phenomenologists and others criticized the “disembodied” consciousness of the modern subject as abstract. My work, however, sets out from the idea that this is a classic case of throwing the baby out with the bathwater, that the philosophical examination of subjectivity remains fruitful for thinking today.

On account of this starting point, I consider myself to be part of a vaguely defined “movement” in contemporary European Philosophy, one which criticizes the “postmodern” anti-subjectivism of many 20th-Century “Continental” thinkers from within the resources of European modern thought. The thinkers who interest me reject the equation of the modern subject with a pure will to technological or political domination, finding in modernity instead an ambiguous but unavoidable turn. In the work of Slavoj Žižek or Alain Badiou (to name two important figures in this movement), it’s not a question of returning to either a modernist rationalism or a reactionary, pre-modern naturalism.

The two “topoi” within which I pursue the question of subjectivity are, on the one hand, Freudian and Lacanian psychoanalysis (where the subject is present in the unconscious, in anxiety or its substitute formations and symptoms) and aesthetics (where it emerges in the various forms of “surd” by which the material world is seen to resist reduction to meaning.) My talks and publications are more or less evenly split between these sub-“specializations,” and it’s only in recent years that I’ve really intertwined them. On the one hand, I’m now publishing on the aesthetics of psychoanalysis, with a recent publication examining Lacan’s 1966 alternative to Foucault’s interpretation of Velazquez. (“The other side of the canvas: Lacan flips Foucault over Velazquez”) On the other hand, I’m in the midst of an ongoing series of talks about the aesthetic work of Jacques Ranciere, a French thinker whose work thinks through a blind spot in Žižek.

Articles on this site

The Žižek Dictionary, edited by Rex Butler, features many of the most important interpreters of Žižek’s work, each offering a short critical article about an aspect of that work central to their own interpretation. On the strength of my approach from Žižek and Heidegger: the Question Concerning Techno-Capitalism (Continuum, 2008), Butler asked me to do an entry on “Heidegger,” one that would both recount the main points of my critical reading and consider Žižek’s development since my book’s publication. The result is the following article.

The other side of the canvas: Lacan flips Foucault over Velázquez

This essay suggests that the minimal 1966 exchange between Jacques Lacan and Michel Foucault in Lacan’s seminar actually stood in for a much fuller debate about modernity, psychoanalysis and art than its brevity would indicate.

Following Atheism: on a Debate in Contemporary Psychoanalytic Theory

Setting out from a debate between two contemporary Lacanians (Adrian Johnston and Slavoj Žižek) about the religious significance of psychoanalysis, this paper argues that what such analysis really has to offer to a discussion of religion is purloined by the current round of academic polemics about its “revival.” Originally published in the International Journal of Zizek Studies

Articles on other websites

Laughing at finitude: Slavoj Žižek reads Being and Time

“Laughing at Finitude” interprets Slavoj Žižek’s intellectual project as responding to a challenge left by Being and Time. Setting out from discussions of Heidegger’s book in The Parallax View and The Ticklish Subject, the essay exfoliates Žižek’s response to the Heideggerian version of a “philosophy of finitude” – both finding the central insight of Žižek’s work in Heidegger’s radical proposal for “anticipatory resoluteness” and developing Žižek’s critique of Being and Time as indicating Heidegger’s retreat from that proposal within the very book where it appears.

Starting from the author’s critique of Ernesto Laclau and Chantal Mouffe, this essay offers a comprehensive interpretation of Slavoj Žižek’s political theory.

Go to Sage Journals to access the full article.

Getting back into no place: On Casey, deconstruction and the architecture of modernity

This essay developed from a conference paper delivered at a session devoted to Edward Casey’s work on place, a session for which Casey himself served as commentator. It was part of an ongoing discussion about modernity, postmodernity and place in which I participated.

Polemical Ambivalence: Modernity and Utopia in Žižek’s The Puppet and the Dwarf

Beginning from the hypothesis that Slavoj Žižek’s recent ‘theological’ writing really concerns issues in political theory — historicity, modernity and freedom — ‘polemical ambivalence’ uses a fundamental structural ambiguity in his recent book, The Puppet and Dwarf, to interpret his larger project as split about the utopian aspect of modernity.

Go to Palgrave Macmillan to access the full article.

Missing the Point: Reading the Lacanian Subject through Perspective

Published in the online journal for the Jan van Eyck’ Academy’s “Circle for Ideology Critique,” this essay further develops my thought from Žižek and Heidegger on the relationship between the perspectival revolution that ushers in modernity and psychoanalysis.

Review of Sense and Finitude: Encounters at the Limits of Language, Art, and the Political

Go to University of Notre Dame Philosophical Reviews to read the article.